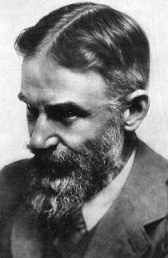 George Bernard Shaw, dramatist and a leading figure in 20th century theatre, was born in Dublin on  July 26, 1856. He was man of many causes, among them, defender of women’s rights and advocate for equality of income and the equitable division of land. He supported radical change in the voting system, the ending of censorship and subsidizing of national theatre. He also campaigned for the simplification of spelling, reform of the English alphabet and was a strong advocate of ‘healthy-living’. His skill as a platform speaker made him one of the most sought-after orators in England.

Shaw was born into genteel poverty to an alcoholic father and a musically gifted mother. Largely self-taught, his formal education was patchy. He hated school and compared them to prisons for the young (athough he later would become a founder of the London School of Economics). At age 15 he left school to start work as a junior clerk in a Dublin estate agency.

“He knows nothing; and he thinks he knows everything. That points clearly to a political career.”

In 1872 Shaw’s mother left his father and moved to London. Shaw left Dublin to join his mother and sister in London when he was twenty years old – he would not return to Ireland for 30 years. He educated himself at the British Museum. Over the next seven years Shaw wrote five novels, none of them were accepted for publication. Eventually he found success in journalism contributing to the Pall Mall Gazette where he wrote on many social aspects of the day. His prolific output included writing music, drama, theatre and art reviews.

Shaw’s first real success as a dramatist was an American theatre run of The Devil’s Disciple in 1897. Other triumphs followed on the London stage: John Bull’s Other Island (1904), Man and Superman (1905), Major Barbara (1905), The Doctor’s Dilemma (1906), and Pygmalion (1914) which later became the basis for a musical, My Fair Lady. His plays might be described as philosophical addresses about individual responsibility and freedom of spirit against the conformist demands of society. ‘Shavian’ wit produced such phrases as “He who can, does. He who cannot, teaches” and “Christianity might be a good thing if anyone ever tried it.”

“I often quote myself. It adds spice to my conversation.”

In 1884 Shaw joined the Fabian Society, a forerunner to the modern Labour party, serving on its executive committee from 1885 to 1911. The Fabian society believed that capitalism was deeply flawed and created an unjust and inefficient society – their ultimate aim was to construct a socialist society. The Fabian society produced pamphlets on a wide variety of different social issues, many of which were written by Shaw. In a pamphlet written in 1897 Shaw predicted ‘gradualism’ over ‘revolution’ stating that socialism “will come by prosaic instalments of public regulation and public administration.” 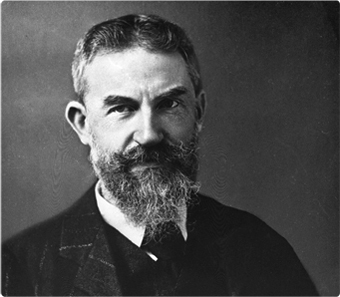 Shaw made a strong impression on many people and he enjoyed the society of women. He had a long epistolary relationship with the actress Ellen Terry. Fellow Fabian, Beatrice Webb, noted in her diary that: “Bernard Shaw is a marvellously smart witty fellow…I have never known a man use his pen in such a workmanlike fashion or acquire such a thoroughly technical knowledge of any subject upon which he gives an opinion…Adored by many women, he is a born philanderer. A vegetarian, fastidious but unconventional in his clothes, six foot in height with a lithe, broad-chested figure and laughing blue eyes. Above all a brilliant talker, and, therefore, a delightful companion.”

Children’s author and Fabian co-founder, Edith Nesbitt, wrote to a friend: “George Bernard Shaw has a fund of dry Irish humour that is simply irresistible. He is a clever writer and speaker – is the grossest flatterer I ever met, is horribly untrustworthy as he repeats everything he hears, and does not always stick to the truth, and is very plain like a long corpse with dead white face – sandy sleek hair, and a loathsome small straggly beard, and yet is one of the most fascinating men I ever met.”

In 1893 Shaw collaborated with Keir Hardie in writing a program for the new Independent Labour party. He entered local government in 1897. Shaw was co-founder of the London School of Economics; he launched the petition against the imprisonment of Oscar Wilde and he opposed the execution of Roger Casement.

Shaw met Irish heiress and fellow fabian, Charlotte Payne-Townshend in 1896. Very taken with Charlotte, he wrote in a letter: “Instead of going to bed at ten, we go out and stroll about among the trees for a while. She, being also Irish, does not succumb to my arts as the unsuspecting and literal Englishwoman does; but we get on together all the better, repairing bicycles, talking philosophy and religion… or, when we are in a mischievous or sentimental humour, philandering shamelessly and outrageously.” Charlotte proposed marriage in July 1897. At first Shaw rejected the idea, but after nursing him through an illness they married and settled in Hertfordshire, England.

Over the years Shaw conducted a passionate correspondence with the stage actress, Mrs. Patrick Campbell, for whom he wrote the part of Eliza Doolittle in Pygmalion (My Fair Lady). In a letter to Mrs Campbell he wrote: “I want my dark lady. I want my angel. I want my tempter. I want my Freia with her apples. I want the lighter of my seven lamps of beauty, honour, laughter, music, love, life and immortality. I want my inspiration, my folly, my happiness, my divinity, my madness, my selfishness, my final sanity and sanctification, my transfiguration, my purification, my light across the sea, my palm across the desert, my garden of lovely flowers, my million nameless joys, my day’s wage, my night’s dream, my darling and my star.” Once, Mrs Campbell suggested to Shaw that they should have a child in order that it should inherit his brains and her beauty to which Shaw replied “But have you considered that it might inherit my beauty and your brains?”

Shaw’s popularity suffered a blow in 1914 when he suggested in his essay, Common Sense about the War, that soldiers might be wise to shoot their officers. However he regained favour and acceptance in a revival of Arms and the Man (1919) and Saint Joan (1924).

In 1925, Shaw was awarded the Nobel Prize for Literature. Although reluctant to accept the honour and he accepted at the behest of his wife while refusing the money. In 1938 he won an Oscar for Pygmalion – best screenplay. 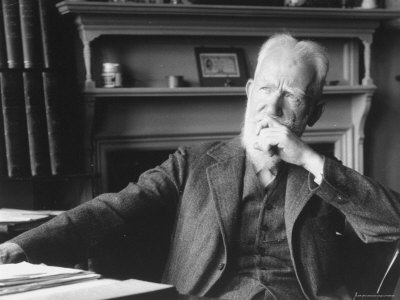 George Bernard Shaw continued to work into his 90s. He died on 2 November 1950 from injuries he incurred from a fall while pruning an apple tree at his home. His estate and royalties are divided among the National Gallery of Ireland, the British Museum and the Royal Academy of Dramatic Arts.