The youngest child in a large Irish Protestant family of modest means, Sean O’Casey was born John Casey in Dublin on March 30, 1880. He was the third child in his family to be named John; two of his siblings with that name had died in infancy. Later, in his twenties, after he had become an Irish nationalist and a member of the Gaelic League, he adopted the Gaelic version of his name, Sean O’Cathasaigh (pronounced O’Casey). O’Casey’s father, Michael Casey, who came from a farming family in Limerick, worked as a clerk for the Anglican Irish Church Missions. He went to Dublin as a young man and married Susan Archer, of a respectable auctioneer’s family. Michael Casey was a literate man with a good library of English classics, while O’Casey’s mother was a woman of great fortitude and devotion to her children, especially her youngest, whom she sheltered because of his physical frailty and a severe eye affliction, which left his vision permanently impaired. Even in the difficult period after her husband’s death, she maintained her respectability and encouraged her children to enter professions.

“I have found life an enjoyable, enchanting, active, sometimes terrifying experience, and I’ve enjoyed it completely. A lament in one ear, maybe, but always a song in the other.”

Michael Casey died after a protracted illness on September 6, 1886, when his youngest son was only six. With the loss of his income, the family started a gradual decline into poverty. The Caseys were forced to move to cheaper lodgings in a Dublin dockside neighborhood. There, O’Casey started to associate with working-class Catholic boys who attended the local parochial school. He had been enrolled at St. Mary’s National School, where his sister Isabella taught, but when he reached the age of fourteen, his schooling came to an end. His family needed the extra income, so he began to work as a stock boy with a Dublin hardware firm. Though out of school, O’Casey continued his interest in books, and he certainly learned to read before the age of sixteen, contrary to what he later reported to Lady Gregory. 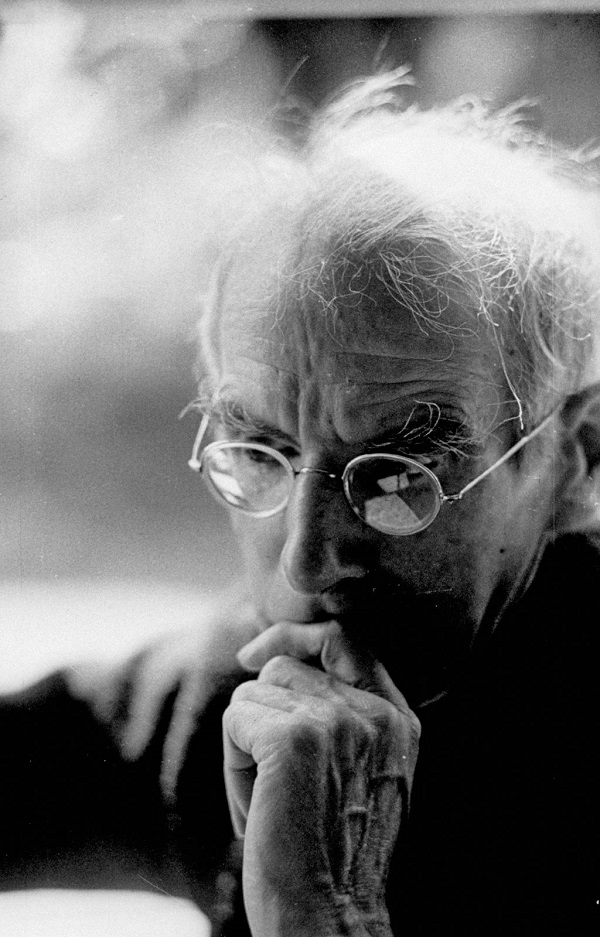 “Every action of our lives touches on some chord that will vibrate in eternity.”

O’Casey became active in the Church of Ireland during this time and was confirmed at the age of seventeen. In his free time, he read William Shakespeare and the Irish playwright Dion Boucicault. He also attended the Mechanics’ Theatre with his brother Isaac and even acted in at least one production. His love of drama was strengthened by these early productions, and after the group was later reorganized as the Abbey Theatre, he would see two of his early plays produced there in 1923.

In 1902, O’Casey began work as a laborer on the Great Northern Railway of Ireland, where he was employed for the next ten years. His budding interest in Irish nationalism led him to join the Gaelic League, learn the Irish language, and change his name. Within a short time, he was also a member of the Irish Republican Brotherhood. Through these associations, O’Casey began to shape his identity as Irish nationalist, laborer, and political activist. His interest in writing also emerged as he joined the St. Lawrence O’Toole Club, a local literary society. Above all, he forged the commitment to Irish nationalism that would occupy him for the next twenty years.

“All the world’s a stage and most of us are desperately unrehearsed.”

O’Casey joined the Irish Transport and General Workers Union in 1909 and was dismissed from his job later that year for refusing to sign a nonstrike pledge during the railway strike. Left unemployed, he turned increasingly to politics while he supported himself as a laborer in the building trade. From his perspective, socialism began to look attractive as an alternative to British economic domination of Ireland. The six-month Dublin labor lockout of 1913 hardened his political views, as he helped organize a relief fund for destitute families. Becoming more militant, he drafted part of the constitution for the Irish Citizen Army, though recuperation from an operation and personal doubts kept him from taking part in the weeklong insurrection of Easter, 1916. Instead, he wrote poems, pamphlets, and broadsides in support of the Irish cause. 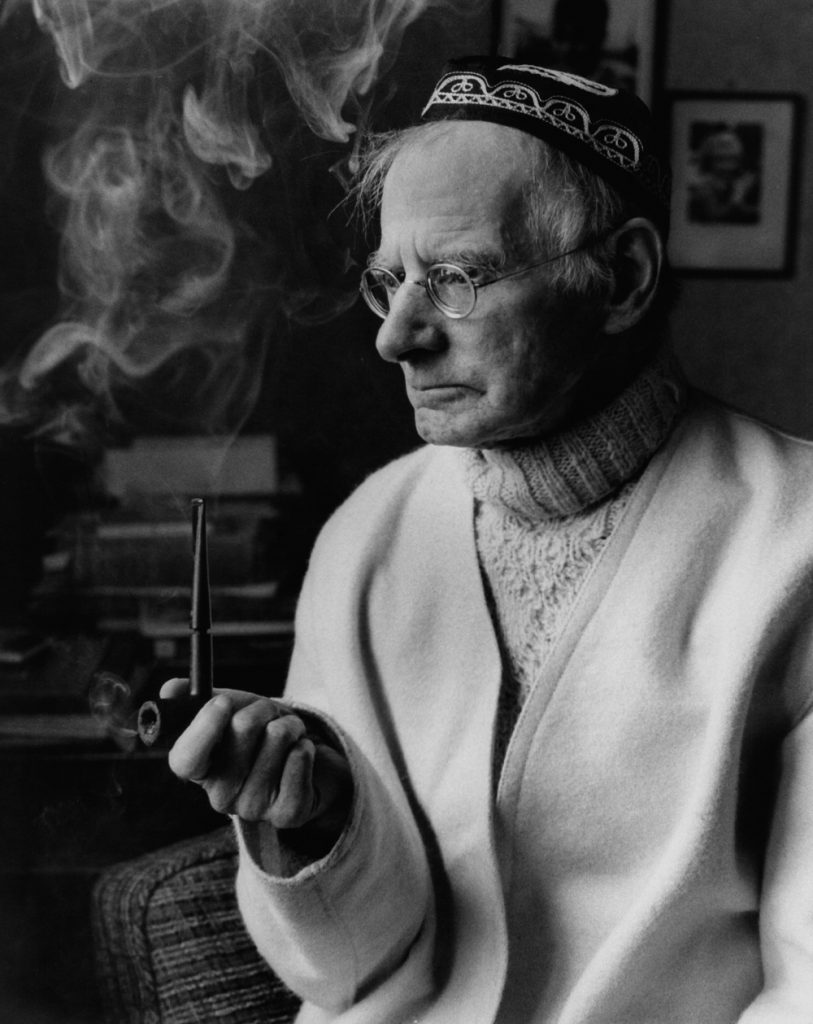 “There is a deeper life than the life we see and hear with the open ear and the open eye and this is the life important and the life everlasting.”

His mother and sister died in 1918, leaving O’Casey to board temporarily with the family of his brother Michael. This period marked a low point in O’Casey’s fortunes because he was out of work and was forced to accept the charity of others. Yet he was determined to write. In 1921, while living in a small flat, he started work on his three Dublin plays: The Shadow of a Gunman, Juno and the Paycock, and The Plough and the Stars. O’Casey reached the age of forty-three before The Shadow of a Gunman was finally produced, in April, 1923, but his career as a playwright had finally begun. Juno and the Paycock followed in March, 1924, and The Plough and the Stars, two years later.

O’Casey’s Dublin play The Plough and the Stars presented such an unflattering view of the Easter Week uprising of 1916 that the audience rioted when it opened at the Abbey Theatre in February, 1926. Yeats stood up before the mob and defended the play, but O’Casey was embittered by its hostile reception and decided shortly afterward to leave Ireland for voluntary exile in England.

“Laughter is wine for the soul – laughter soft, or loud and deep, tinged through with seriousness – the hilarious declaration made by man that life is worth living.”

In 1926, O’Casey won the Hawthornden Prize for Juno and the Paycock, and he left for London that spring to accept the award in person. There, he hoped to find greater artistic freedom as a playwright. During his first three years in London, he was introduced to George Bernard Shaw, had his portrait painted by Augustus John, and met the talented and attractive actress Eileen Reynolds (stage name Carey), whom he married on September 23, 1927. They were to enjoy a long and mutually supportive marriage for thirty-seven years, with their three children, Breon, Niall, and Shivaun. Marriage and life in London apparently had a salutary effect on O’Casey’s imagination, for he began to work almost immediately after their marriage on the expressionistic play The Silver Tassie, which marked a clear departure from his earlier work.

“It’s my rule never to lose me temper till it would be dethrimental to keep it.”

O’Casey had been attracted to socialism as early as 1911, during the Irish railway strike, but the economic hardships of the 1930’s and the rise of Fascism drove him further to the left, to the point of tacitly accepting Communism and serving as a member of the advisory board of the London Daily Worker. He also became increasingly anticlerical in regard to Ireland, viewing the Catholic prelacy as the oppressor of the Irish people. After World War II, O’Casey spoke out vigorously in favor of the Soviet Union. He opposed the arms race and urged nuclear disarmament.

In 1954, O’Casey moved with his family from London to the resort town of St. Marychurch, Torquay, in Devon. There, in 1956, the family suffered a deep personal loss when the younger son, Niall, died of leukemia. In his mid-seventies when this misfortune occurred, virtually blind and suffering from constant pain, O’Casey still possessed the strength of character to write a moving tribute to his son, “Under a Greenwood Tree He Died,” and to continue his playwriting. Friends remembered him from these last years as a thin, sharp-faced man with a gay spirit and an enchanting Irish brogue, who was usually dressed in a warm turtleneck sweater and one of the brightly colored caps that his daughter had knit for him. 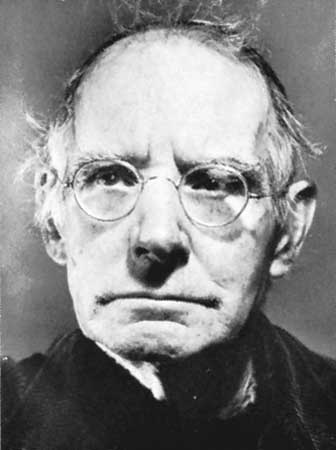 “When it was dark you always carried the sun in your hand for me.”

The last decade of O’Casey’s life showed an increasing American interest in his work and brought him numerous awards and honors, most of which he declined, including an appointment as Commander of the Order of the British Empire and several honorary doctorates from the Universities of Durham and Exeter and from Trinity College, Dublin. His eightieth birthday was celebrated with much fanfare. After suffering a heart attack, O’Casey died in Torquay on September 18, 1964, at the age of eighty-four.